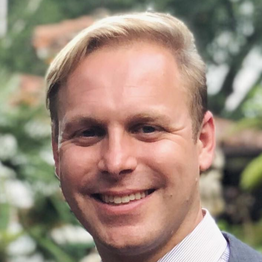 Drew was born and raised in the California town of Los Gatos. He attended UCLA for college, where he completed a BS in Neuroscience and competed as a varsity skipper on the school’s sailing team. In the year after college, Drew briefly worked in a restaurant and then as a professional skipper in Europe, sailing vacationers around the Mediterranean. He then completed medical school at the University of California, Irvine before beginning my residency in Emergency Medicine at the George Washington University Hospital. At the age of 30 years old, he is now officially in his final year of training.
Back to Current Fellows