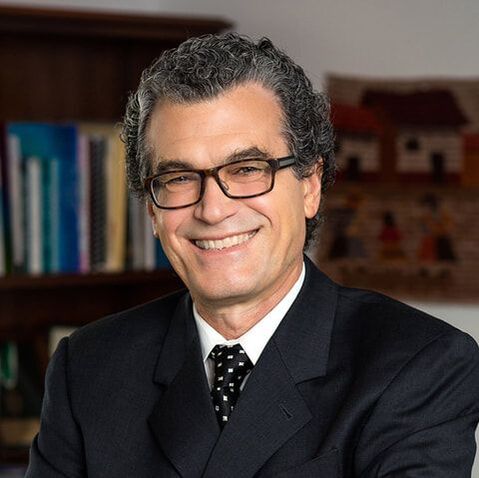 About: He oversees the Institute's $305 million budget to advance the science of minority health and health disparities. Under this framework, the Institute conducts and supports research programs to advance knowledge and understanding of mechanisms to improve minority health, identifies and understands health disparities and develops effective interventions to reduce these disparities in community and clinical settings. NIMHD is the lead organization at NIH for planning, reviewing, coordinating, and evaluating minority health and health disparities research activities conducted by NIH Institutes and Centers. NIMHD also promotes diversity in the biomedical workforce, supports research capacity at institutions serving disparity populations, and promotes information dissemination through regular electronic communications, public education outreach, and scientific presentations.
Dr. Pérez-Stable's expertise spans a broad range of health disparities disciplines. His research interests have centered on improving the health of racial and ethnic minorities and underserved populations, advancing patient-centered care, improving cross-cultural communication skills among health care professionals, and promoting diversity in the biomedical research workforce.
Recognized as a leader in Latino health care and disparities research, Dr. Pérez-Stable has spent more than 30 years leading research on smoking cessation and tobacco control policy in Latino populations in the United States and Latin America. His collaborations with researchers and public health advocates in Argentina have helped to put tobacco use on the country's public health agenda, raising awareness of tobacco use as a critical public health problem, building capacity for tobacco control policy, and creating opportunities for prevention and treatment measures through physician education and smoking cessation programs.

Prior to becoming NIMHD Director, Dr. Pérez-Stable built a career at the University of California, San Francisco (UCSF), where he was a professor of medicine, chief of the Division of General Internal Medicine, and director of the Center for Aging in Diverse Communities (CADC), which is funded by NIH's National Institute on Aging (NIA). Through the CADC, he continued his commitment to developing a diverse workforce in clinical and population science research by mentoring and collaborating with many minority fellows and junior faculty from a variety of disciplines. Dr. Pérez-Stable was also Director of the UCSF Medical Effectiveness Research Center for Diverse Populations, which addresses issues for African Americans, Asians, and Latinos in the areas of cancer, cardiovascular disease, aging, and reproductive health.
As a co-principal investigator of the Redes En Acción National Latino Cancer Control Research and Education Network funded by the National Cancer Institute (NCI), Dr. Pérez-Stable spearheaded the development of a research agenda on tobacco control for minority populations in the United States. In addition, he was an NCI-funded Staff Investigator and Assistant Director for Health Care Disparities at the UCSF Comprehensive Cancer Center as well as a member of the NCI and Legacy Foundation's Tobacco Disparities Research Network (TReND).
Dr. Pérez-Stable has been a leader in the field of research on aging among minorities and served as a member of the National Institute on Aging's Advisory Council from 2011 to 2014 and as the chair of the Council's Minority Task Force on Aging from 2012 to 2014. He has authored numerous scientific papers, reviewed articles for a variety of professional publications, and delivered keynote lectures and presentations at many domestic and international conferences.
Dr. Pérez-Stable has received many honors and awards throughout his career, including UCSF's Kaiser Award for Excellence in Teaching, the Society of General Internal Medicine's John M. Eisenberg National Award for Career Achievement in Research, and election to the National Academy of Medicine (formerly Institute of Medicine) of the National Academy of Sciences. He was honored with the UCSF Lifetime Achievement in Mentoring Award in July 2015. Dr. Pérez-Stable was born in Cuba and grew up in Miami, Florida. He earned his B.A. in chemistry from the University of Miami and his M.D. from the University of Miami School of Medicine. He completed his primary care internal medicine residency and research fellowship at UCSF.