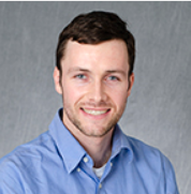 Emil Barkovich is a 4th year radiology resident at George Washington University Hospital. A San Francisco Bay Area native, he received his undergraduate degree from UC Berkeley before moving to Washington, DC for his medical training at GW. After an eye-opening and memorable intern year experience at West Virginia University in Morgantown, he returned to GW for his second four-year term: radiology residency. As chief resident, he has focused on radiology education and improving communication and transparency between radiologists and referring providers. He will embark on the next step of his training in Neuroradiology at Massachusetts General Hospital in July 2023. He is interested in Health Information Exchanges and Image Sharing as a means to reduce redundant imaging, care delays and healthcare costs.
Back to Current Scholars