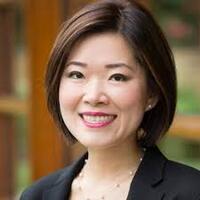 Dr. Lee is a Clinical Associate Professor of Emergency Medicine at the George Washington University in Washington, DC and a Visiting Scholar at the National Academy of Medicine focused on value-based payment reform. She previously served as the Director of the Medicaid program for the Commonwealth of Virginia, where she oversaw a $12 billion program and led the expansion of health insurance to now over 500,000 additional low-income Virginians. Previously, she served as Deputy Under Secretary for Health for Policy and Services at the U.S. Department of Veterans Affairs. There she was responsible for overseeing national policy and leading key clinical initiatives for the nation’s largest integrated health care system. From 2014-16, Dr. Lee served as Deputy Secretary of Health and Human Resources for Virginia Governor Terry McAuliffe. Dr. Lee has also served as a White House Fellow and a health policy fellow on the U.S. Senate Health, Education, Labor, and Pensions Committee. She received her bachelor’s from Yale University, her medical degree from Washington University School of Medicine, and completed her residency at Johns Hopkins. She is a board-certified, practicing emergency physician.
Back to Speakers