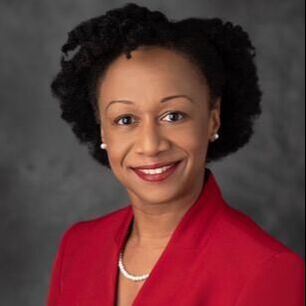 
Prior to her role at MDHHS, she was the Director and Health Officer for the Detroit Health Department, where she oversaw a robust community health assessment, established a comprehensive reproductive health network, spear-headed new human service efforts, and led Detroit’s response to the largest Hepatitis A outbreak in modern U.S. history.

Previously, Dr. Khaldun was the Baltimore City Health Department’s Chief Medical Officer, where she led their efforts to address the opioid epidemic and expanded and modernized the department’s multiple clinical services and laboratory. She has held previous positions as the Director of the Center for Injury Prevention and Control at George Washington University, Founder and Director of the Fellowship in Health Policy in the University of Maryland Department of Emergency Medicine, and Fellow in the Obama administration’s Office of Health Reform in the U.S. Department of Health and Human Services.  She currently serves on the National Advisory Board for the Institute for Healthcare Policy and Innovation at the University of Michigan, the Board of Directors of Big Brothers Big Sisters of Metropolitan Detroit, and on the Health and Medicine Committee of the National Academies of Science, Engineering and Medicine. She is an Adjunct Professor in the Department of Health Policy and Management in the University of Michigan School of Public Health.

Dr. Khaldun has received numerous awards including the 40 Under 40 Leaders in Minority Health Award by the National Minority Quality Forum, the deBeaumont Foundation 40 Under 40 Leaders in Public Health Award, and the George Washington University Dean’s 950 Award. In 2020, she was named a Notable Woman in Health and Newsmaker of the Year by Crain’s Detroit. Dr. Khaldun obtained her undergraduate degree from the University of Michigan, medical degree from the University of Pennsylvania, MPH in Health Policy from George Washington University, and completed residency in emergency medicine at SUNY Downstate Medical Center/Kings County Hospital in Brooklyn, NY, where was elected chief resident in her final year.  She practices emergency medicine part time at Henry Ford Hospital in Detroit.
Back to Speakers