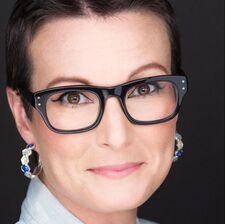 Dr. Kimberly D. Acquaviva, Betty Norman Norris Endowed Professor at the University of Virginia School of Nursing, is nationally known as an innovator and authority on lesbian, gay, bisexual, transgender, queer and/or questioning (LGBTQ) aging and end-of-life issues as well as a leader on interprofessional aging research and policy. She is member of the Academy of Distinguished Teacher and winner of the 2011 Bender Teaching Award
​
Early in her career, Kim – a social worker and scholar – cared for patients and families facing life-limiting illness in hospitals and hospice settings, work that ultimately shaped her research interest in LGBTQ aging and end-of-life issues. Kim is also well-versed in other healthcare domains, too, including high-tech approaches to boosting clinicians’ emergency preparedness. During her time at George Washington University, she played key roles on interdisciplinary teams that have secured millions of dollars of external funding. One of these projects, the National Nurse Emergency Preparedness Initiative, received $2 million in funding from the Department of Homeland Security and resulted in an online course that more than 50,000 nurses have completed to date.
Read More.
Back to Speakers