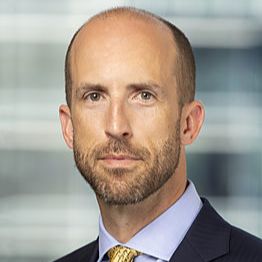 Michael F. Cannon is the Cato Institute’s director of health policy studies. Cannon has been described as “an influential health-care wonk” (Washington Post), “ObamaCare’s single most relentless antagonist” ( New Republic), “ObamaCare’s fiercest critic” (The Week), and “the intellectual father” of King v. Burwell (Modern Healthcare). He has appeared on ABC, BBC, CBS, CNN, CNBC, C-SPAN, Fox News Channel, and NPR. His articles have been featured in the Wall Street Journal; the New York Times; USA Today; the Washington Post; the Los Angeles Times; the New York Post; the Chicago Tribune; the Chicago Sun-Times; the San Francisco Chronicle; SCOTUSBlog; Huffington Post; Forum for Health Economics and Policy; JAMA Internal Medicine; Health Matrix: Journal of Law-Medicine; Harvard Health Policy Review; the Yale Journal of Health Policy, Law, and Ethics; and the Journal of Health Politics, Policy and Law. Cannon is the coeditor of Replacing Obamacare: The Cato Institute on Health Care Reform and coauthor of Healthy Competition: What’s Holding Back Health Care and How to Free It. Previously, he served as a domestic policy analyst for the U.S. Senate Republican Policy Committee, where he advised the Senate leadership on health, education, labor, welfare, and the Second Amendment.

He holds a BA in American government from the University of Virginia, and an MA in economics and a JM in law and economics from George Mason University. He is a member of the Board of Advisors of Harvard Health Policy Review.
Back to Speakers