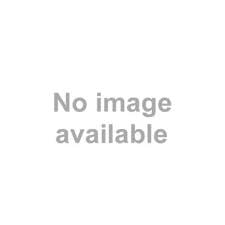 He was awarded the SPHHS’s Excellence in Teaching Award for Undergraduates in 2006 and 2007.  In April 2006, Dr. Barbiero was invited by the Woodrow Wilson International Center for Scholars (WWICS) to serve as a Senior Advisor in Global Health.  Prior to joining GWU and the WWICS, Dr. Barbiero was a Foreign Service Officer with the United States Agency for International Development (USAID) for 21 years and had the honor to serve with USAID in Washington, East Africa and India.  Dr. Barbiero served as the Chief of the Implementation Support Division in the Office of HIV/AIDS, Global Bureau for Health, USAID/Washington from 2003-2005.

He was the Director of the Population, Health and Nutrition Office at USAID/India from August 1999 through July 2003. From July 1996 through July 1999, he was Chief of the Child Survival Division in the Office of Health, Global Bureau for Health, USAID/W.  He served in Ethiopia as the Director of the Population, Health and Nutrition Office from 1992 – 1996 and as the Deputy Chief of PHN in the Regional Economic Development Support Office for East and Southern Africa from 1988 - 1992. From 1984 – 1988, he served in USAID/W as a public health advisor specializing on tropical and vector-borne diseases. Prior to joining USAID, Dr. Barbiero worked at the National Institutes of Health in the Laboratory of Allergy and Infectious Diseases where he conducted laboratory and field research on malaria and onchocerciasis (river blindness).  He also worked on tropical disease epidemiology in Sudan with Michigan State University and with the World Health Organization in Burkina Fasso. He was a Fulbright Scholar from 1979-1981 in Liberia and a Peace Corps volunteer from 1973-1975 in Ethiopia.

​Dr. Barbiero holds a Doctorate in Pathobiology (1982) and a Masters of Health Sciences (focusing on Famine Ecology) (1977), both from The Johns Hopkins School of Hygiene and Public Health, The Johns Hopkins University.

Read More.
Back to Speakers