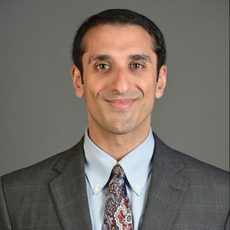 Zain Qazi is a 5th year radiology resident at the George Washington University Hospital. He is from southwestern Virginia, where he also acquired his undergraduate Economics degree with a minor in Chemistry at Virginia Tech. Thereafter, he took post-graduate courses for a semester at the Harvard Extension School in Cambridge Massachusettes. He matriculated into medical school and acquired his MD from Marshall University School of Medicine in Huntington West Virginia. After medical school, he did a year of general surgery internship at The University of Washington Medical Center in Seattle, Washington. Since then, he has been in residency at George Washington University Hospital in radiology. While in high school and again in college, Zain worked as an intern for the U.S. House of Representatives and then the U.S. Senate. As a resident, he has participated in lobbying on behalf of the American College of Radiology on Capitol Hill and has attended national meetings (Radiologic Society of North America) as part of a leadership/research program as well as presented research at national meetings (American Roentgen Ray Society). He will be specializing in musculoskeletal radiology for fellowship training.
Back to Current Fellows