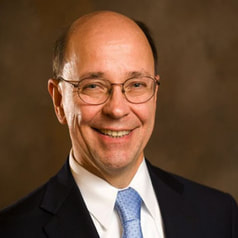 ​Joseph Antos, PhD, MA
American Enterprise Institute (AEI)
​
Joseph Antos is the Wilson H. Taylor Resident Scholar in Health Care and Retirement Policy at the American Enterprise Institute (AEI), where his work focuses on the economics of health policy, including Medicare, single-payer health insurance proposals, the uninsured, the Affordable Care Act, and the overall reform of the health care system. He is concurrently an adjunct associate professor of emergency medicine at the George Washington University. He is also the Vice-Chair of the Maryland Health Services Cost Review Commission, where he is serving a third term as a commissioner.

Before joining AEI, Dr. Antos was assistant director for health and human resources at the Congressional Budget Office (CBO). He later served as a health adviser to CBO from 2007 to 2013. He has also held senior positions in the US Department of Health and Human Services, the Office of Management and Budget, and the President’s Council of Economic Advisers.

Dr. Antos has been published in a variety of academic journals and in the popular press, including Health Affairs, the Journal of the American Medical Association, the New England Journal of Medicine, RealClearPolicy, and The Wall Street Journal. He is frequently interviewed on radio and television and often testifies before Congress.

He has a Ph.D. and an M.A. in economics from the University of Rochester and a B.A. in mathematics from Cornell University.
Back to Speakers