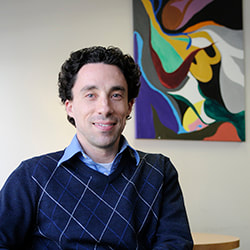 Professor Teitelbaum is an Associate Professor (with tenure) in the Department of Health Policy and Management, an Associate Professor (by courtesy) at the GW Law School, the Director of the Hirsh Health Law and Policy Program, and the co-Principal Investigator of the National Center for Medical-Legal Partnership. For 11 years he served as Vice Chair for Academic Affairs in the Department of Health Policy and Management, a role in which he provided comprehensive oversight and coordination of all the Department’s academic activities, including graduate degree programs, curriculum development, faculty and student support services, and more.

Professor Teitelbaum has taught law, graduate, or undergraduate courses on health care law, health care civil rights, public health law, minority health policy, and long-term care law and policy. In 2009 he became the first member of the School of Public Health faculty to win the University-wide Bender Teaching Award. He is also a member of the GW Academy of Distinguished Teachers, an inaugural member of the School's Academy of Master Teachers, and a Fellow in the University’s Cross-Disciplinary Cooperative; he has received the School’s Excellence in Teaching Award; he was inducted in 2007 into the ASPH/Pfizer Public Health Academy of Distinguished Teachers; and he has been named one of the “Stars” of undergraduate teaching at GW by an undergraduate leadership group. He has lectured at top universities including Harvard Medical School, Harvard School of Public Health, Yale Law School, Georgetown University School of Medicine, University of North Carolina School of Law, Notre Dame Law School, DePaul University College of Law, University of Wisconsin-Madison School of Public Affairs, and the Morehouse School of Medicine, and at conferences and meetings of the National Academy of Social Insurance, the National Institutes of Health, the Association of American Colleges and Universities, the Alliance for Health Reform, the American Public Health Association, the Association of American Law Schools, the American Society of Law, Medicine, and Ethics, Equal Justice Works, the Beyond Flexner Alliance, the American Bar Association, the National Family Planning & Reproductive Health Association, the National Center for Medical-Legal Partnership, the American Academy of Pediatrics, the American Psychological Association, and others.

He is the lead author of Essentials of Health Policy and Law (3rd Ed.) and co-author of Essentials of Health Justice, both published by Jones and Bartlett Learning. He has authored or co-authored dozens of peer-reviewed articles and reports in addition to many book chapters, policy briefs, and blogs on civil rights issues in health care, health reform and its implementation, medical-legal partnership, insurance law and policy, and behavioral health care quality. His articles have appeared in the Yale Journal of Health Policy, Law, and Ethics; Health Matrix: Journal of Law-Medicine; the Notre Dame Journal of Law, Ethics, and Public Policy; the American Journal of Law and Medicine; the Fordham Urban Law Journal; the Journal of Law, Medicine & Ethics; the Journal of Legal Medicine; the American Journal of Managed Care; Academic Medicine; and Public Health Reports, the official journal of the U.S. Public Health Service. Professor Teitelbaum has directed many health law and policy research projects, including ones sponsored by the Robert Wood Johnson Foundation, the Kresge Foundation, the D.C. Department of Health, the Commonwealth Fund, the Public Welfare Foundation, the Henry J. Kaiser Family Foundation’s Commission on Medicaid and the Uninsured, the Center for Health Care Strategies, the U.S. Health Resources and Services Administration, and the U.S. Substance Abuse and Mental Health Services Administration. In 2000, Professor Teitelbaum was co-recipient of The Robert Wood Johnson Foundation Investigator Award in Health Policy Research, which he used to explore the creation of a new framework for applying Title VI of the 1964 Civil Rights Act to the modern health care system. In 2014, the National Center for Medical-Legal Partnership, for which he serves as co-Principal Investigator, was awarded the Joel A. Toubin Memorial Award from Whitman-Walker Health, which recognized outstanding advocacy on behalf of people living with HIV and the LGBT community.

Near the end of President Obama’s second term, Professor Teitelbaum was named to the U.S. Department of Health and Human Services Secretary’s Advisory Committee on National Health Promotion and Disease Prevention Objectives for 2030 (i.e., Healthy People 2030).  He also serves as Special Advisor to the American Bar Association’s Commission on Veterans’ Legal Services and as a member of the Board of Advisors of PREPARE, a national advanced care planning organization. Professor Teitelbaum is a member of Delta Omega, the national honor society recognizing excellence in the field of public health.
Back to Speakers