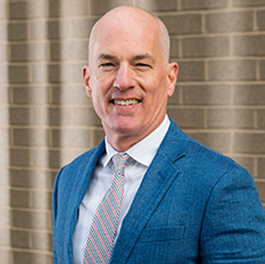 Dr. Newton E. Kendig is a board-certified physician in internal medicine and infectious diseases. He is a 1984 graduate of Jefferson Medical College, Philadelphia, Pennsylvania. He completed his internal medicine residency at the University of Rochester, Strong Memorial Hospital in 1987. He then trained as an infectious disease fellow at the John Hopkins Hospital in Baltimore, Maryland through 1991. Dr. Kendig served as Medical Director of the Maryland Department of Public Safety and Correctional Services from 1991 through 1996. He later became a Commissioned Officer in the United States Public Health Service (USPHS) assigned to the Federal Bureau of Prisons (FBOP) where he served as Chief of Infectious Diseases, Medical Director, and ultimately Assistant Director in charge of the Health Services Division from 1996 to 2015.

In October, 2015, Dr. Kendig retired from the USPHS and the FBOP as Assistant Surgeon General of the USPHS, at the rank of Rear Admiral, Upper Half. Highlights of his federal career include managing a billion dollar health care system for over 200,00 federal inmates in over 100 institutions including six Joint Commission-accredited prison-hospitals; serving as the Commanding Officer for the Department of Health and Human Services Mission to the Commonwealth of the Northern Mariana Islands to provide critical technical assistance to the only hospital on the island of Saipan; and serving in 2014 as Commanding Officer for the Team 2 USPHS Commissioned Corps Ebola Response in Monrovia, Liberia.

​Dr.Kendig authored numerous Clinical Practice Guidelines that help define the standard of care for correctional medicine in the United State. He chaired the two American Correctional Association (ACA) committees that developed accreditation standards for health care in prisons and jails. Dr. Kendig also has been a practicing clinician, providing direct patient care in infectious diseases at the Johns Hopkins Hospital from 1991 to 2015. In April 2017, Dr. Kendig joined the George Washington University Center for Healthcare Innovation and Policy Research as a Clinical Professor of Medicine where he is leading a criminal justice healthcare initiative.
Back to Speakers