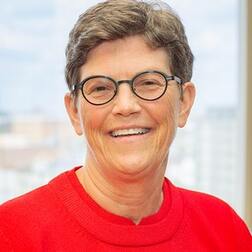 Ruth J. Katz is Director of the Health, Medicine and Society (HMS) Program at the Aspen Institute, an educational and policy studies organization based in Washington, DC. The HMS Program draws on the expertise of a diverse group of leaders in health and heath policy to inform the national conversation on health, medicine, and biomedical research. Ms. Katz joined the Aspen Institute after serving from 2009 to 2013 as Chief Public Health Counsel (Democratic Staff) with the Committee on Energy and Commerce in the U.S. House of Representatives. The Committee has legislative jurisdiction over virtually every domestic health program, including Medicare, Medicaid, the National Institutes of Health (NIH), the Centers for Disease Control and Prevention (CDC), the Food and Drug Administration, and national health reform efforts. Ms. Katz was the lead Democratic committee staff on the public health components of the health reform initiative passed by the House of Representatives in November 2009.

Prior to her work with the Committee, Ms. Katz was the Walter G. Ross Professor of Health Policy of the School of Public Health and Health Services at The George Washington University. She served as the dean of the School from 2003 to 2008. Ms. Katz was, from 1997 to 2003, Associate Dean for Administration at the Yale University School of Medicine, where she also held appointments in the departments of Internal Medicine (General Medicine) and Epidemiology and Public Health as an Assistant Professor.
Back to Speakers